If you’ve dined at Villa Barolo before, you’ll agree that Chef Lo is a significant presence in the restaurant.  From greeting and seating guests to filleting fish tableside, as well as everything in between, Chef Lo makes certain every guest is enjoying their visit to Villa Barolo and receiving a “World-Class” dining experience.

With his trusted and highly-skilled culinary team of over 15 years, the food at Villa Barolo is masterfully prepared and always consistent.  Chef Lo has also carefully selected his waitstaff, and their experience and dedication are evident through the professional and attentive service they give every guest who comes to Villa Barolo.

With superb cuisine, an intimate setting and unrivaled service, Villa Barolo is the perfect choice for a dazzling dining experience that will surely impress. 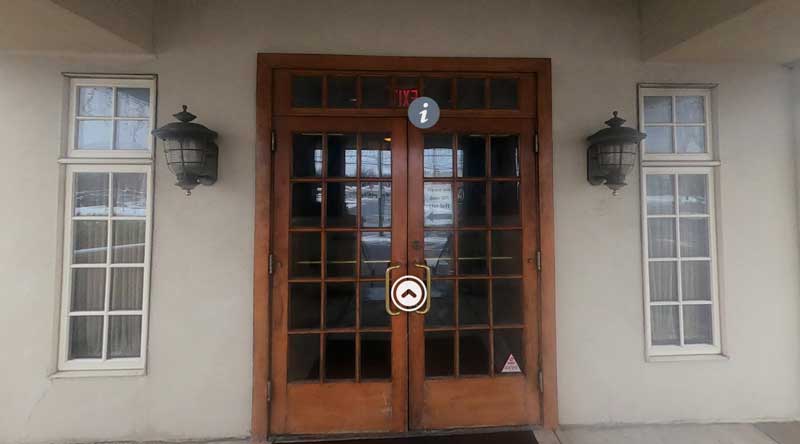 Lo arrived in America from Hong Kong more than a decade ago, training in his home land’s best cooking school and fine-tuning his skills under European style chefs in America. When he arrived in this area, he offered his services gratis for two days to the kitchen staff at the newly opened Hershey Hotel (now the Double Tree) in downtown Philadelphia. In no time he was hired as a line chef, quickly moving up to chef of the dining room.

Working with the restaurant’s German executive chef, Lo soon became hooked on Italian cuisine, initiating a passion he developed further at Portofino and then at La Veranda in Penn’s Landing, where he became executive chef for five years. Chef Lo then opened Caffe Marco Polo, his first restaurant. The restaurant garnered high praise and a loyal following for its array of specialties from all the regions of Italy – antipastos from the Abbruzzi, seafood risottos, and homemade gnocchi, ravioli and fettuccine, along with fresh seafood.

Part of the reason for this success was Chef Lo’s hands-on approach, meticulous training of his kitchen and serving staffs, and careful attention to his guests satisfaction. Chef Lo’s latest and greatest creation is now Villa Barolo, which offers an specialties from all the regions of Italy, as well as an emphasis on creative preparation of the finest seafoods and game meats form all parts of the world. Through Villa Barolo, Chef Lo continues to refines his vision to provide a dining experience unmatched anywhere in the region.

Some of the organic game meats include:

There are more than 20,000 species of fish in the seas of the world, so the possibilities of taste and flavor are endless. Chef Lo personally selects the fresh whole fish which are displayed in our lobby daily. The fish are all prepared whole & professionally filleted tableside by your server.

Pompano
Floridian Fish from the Gulf of Mexico with a firm consistency & strong flavor.

Striped Bass Incrostata in Sale
Chef Lo’s Specialty – This method of cooking produces a particularly tasty fish that retains all its natural flavor.  The salt forms a hard crust around the fish that is easily broken at the end of cooking.

Dover Sole
From the waters around Great Britain. The most mild fish with a firm white flesh & delicate flavor.

St. Peters
From the Mediterranean off the coast of Spain.  Also known as John Dory.  Very white meat with a chunky and flaky consistency.

Scorfano
Off the Coast of Italy.  White flesh with an extremely sweet taste, typically sauteed.

Striped Bass
Farm Raised Bass mild in taste with a bit of sweetness.

Grouper
A Fish from temperate & tropical waters from around the world.  Its flesh is lean, moist & sweet.

Turbot
A flat fish found in the Atlantic Ocean from Iceland & Norway down to the Mediterranean.  Very white & firm flesh with a delicate flavor.

Wild Rock Fish
Of the striped Bass Family from the Atlantic Ocean.  Firm lean flesh with a bit of sweetness & flaky consistency.

How To Bone A Grilled Fish

1. Separate head and tail from body. With spoon and fork, ease fin bones away from each side of fish.

2. Using fork, roll skin backward from tail, peeling toward head, and remove. Repeat with other side of fish.

3. Divide upper side of fish into two fillets by cutting along natural line down center of fish. Ease bottom fillet off bone with an outward motion, placing it at edge of plate. Repeat with top fillet.

4. With bone structure now fully exposed, lift backbone from head-side first, pull gently back toward tail, and remove, exposing other side of fish.

5. Carefully probe plate-side fillets for errant bones; remove by sliding them in opposite directions onto plate. Replace all four fillets on plate, reconstructing them (if they have broken) into fish’s natural shape.